In a statement released by the designer

“The collection began from a place of gratitude. Gratitude to everyone who’s helped, the ones who stayed when they didn’t have to”

The Designer says he didn’t have to look for inspiration as he was surrounded by it. He also notes the collection means so much to him.

The collection is a mixture of fabrics ranging from hard to soft. A notable fabric that runs through every piece is wool.

“Wool were used as decorative buses that elevate some of the looks. A standout design is a brick patterned fabric – a reference to the strength and protection which bricks provide”

“The emphasis and symbolism placed in the clothes denote a direct appreciation to everyone who’s supported me over the years – to my family, friends & acquaintances” 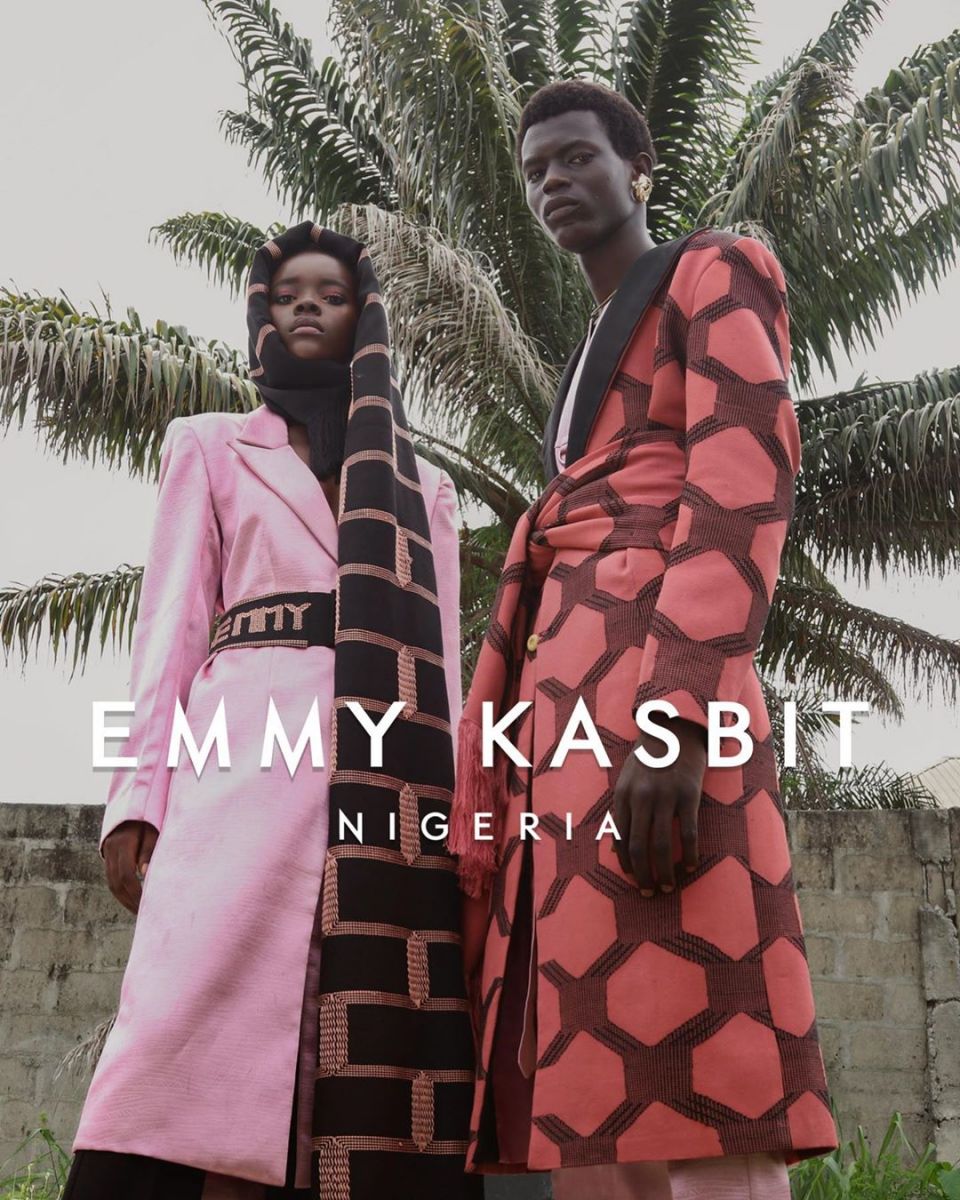 In Africa, earrings hold a magical, ritualistic and religious significance. It’s a symbol of prosperity, protection, power and wealth. This symbolic representation can be seen on the male models.

EMMY KASBIT owned by Emmanuel Okoro one of Nigeria’s promising designers, is a brand that has a passion to clothe the unconventional man & woman who likes to think outside the box and who are willing to defend their outfit as being deliberate and not accidental.

The brand has received global acceptance and clientele. Former British Prime Minister wore a jacket designed by the Nigerian Designer.

The young designer emerged as one of the top finalists at the Lagos Fashion Week & Design Week Fashion Focus 2017.