Tiwa Savage, Mr Eazi and Davido recently broke grounds as they appeared as cover stars of the Billboard’s latest issue. Why is this important? This is Billboard’s first ever issue Devoted to African musicians.

Not only did the stars place their country Nigeria and the African continent on the map but also indigenous Fashion Designers.

African fashion has long been ignored and copied for decades.  Very little has been done to differentiate the uniqueness of individuality in the African designs among various countries that make up this beautiful continent.

“Africa’s fashion industry is undeniably bursting with potential, full breakout designers, engaging opinion leaders and deep-rooted culture. It is paramount that we emphasize and celebrate each country independently, as you would any other”

African designers like Steven French [Ghanaian Designer], Emmy Kasbit, Lisa Folawiyo, Orange Culture and many more are one of the few of many African designers that have gained global press and international clientele.

Supermodel, Naomi Campbell and Former Prime Minister of Britain, Theresa May have made headlines while wearing Steve French and Emmy Kasbit

For the cover, Tiwa savage wore a blazer and lace dress by Lisa Folawiyo.

Lisa Folawiyo is a Nigerian Fashion Designer, known to fuse traditional Ankara print and tailoring techniques through ornate embellishment. Her womenswear brand has been worn and well received by International celebrities like Lucy Liu, Thandie Newton, Lupita Nyongo and singer Solange Knowles. The brand has also worked with global brands – Blackberry and L’Oreal. 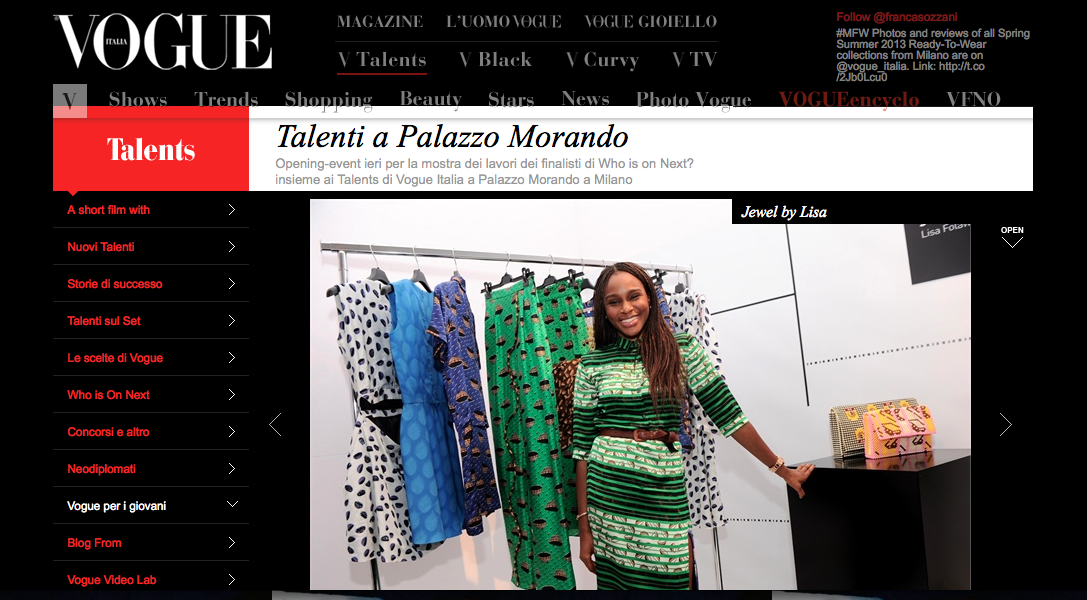 The brand has done editorial work for International magazine like Vogue Italia, Nataal, WOW and many Nigeria celebrities.