0
Fruche is the hub of rich, historical, futuristic and modern designs and lead designer Frank Aghuno sees this creativity and...
Read more 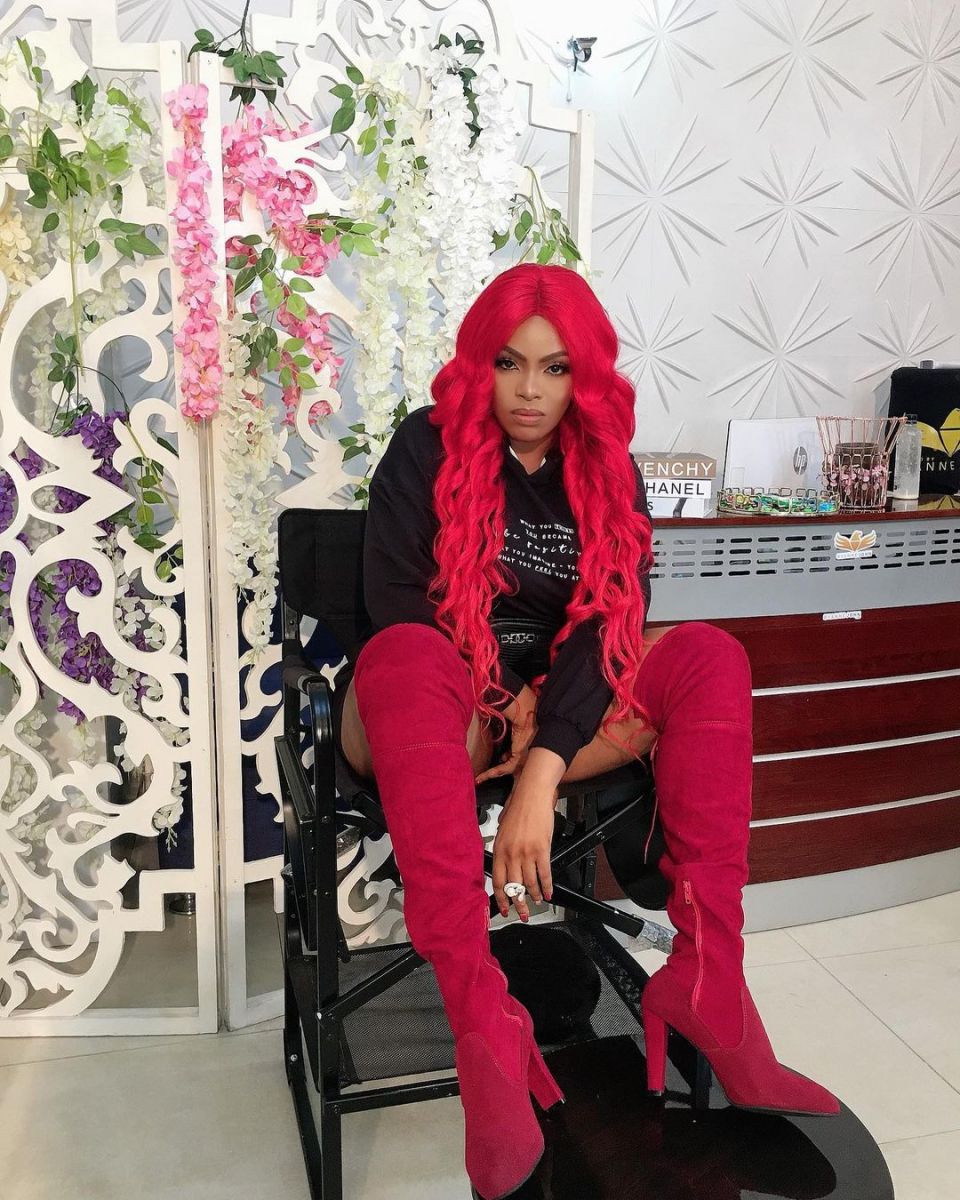 The Omo Ghetto’ Saga is the first joint directorial debut of Funke Akindele and her partner/hubby, JJC Skillz and like every other Nollywood cinema is expected to be star studded. The film stars Funke Akindele-Bello, alongside Chioma Akpotha (as Chummy Choko), Eniola Badmus (as Busty), Bimbo Thomas (as Nikky), Akah Nnani, Alex Ekubo, Zubby Michael, Deyemi Okanlawon, Timini Egbuson, Paschaline Alex, Mercy Aigbe among others, with a guest appearance from Naira Marley.

The storyline depicts twin sisters reunited by series of dramatic twists, one a ghetto kid and leader of a notorious female gang. The other twin, a pretty rich girl is raised in affluence. Just like the title of the movie Omo Gheto which translates Ghetto Child it is expected to see a lot of streetstyle fashion at the premiere.

Back to the red carpet! Here’s our top 10 Looks from the premiere of Funke Akindele’s Omo Ghetto’ Saga

Stephanie Coker, always giving us a run for our money definitely stole the show with this one. The star went for double denim with pink strappy heels. For accessories, Stephanie was sure to get noticed layering multiple gold necklaces and rings.

Simple yet so sophisticated. Mabel Makun went full beige from head to toe, finishing her look with a Versace denim jacket.

This is one of my favorite looks of all time. Weaing a Pepper row jacket, Chioma Akpota was a standout style and flawless fit. Kudos to her stylist Sharon Ojong.

Richard is definitely a sugar-daddy potential if you know what I mean (ooh its suddenly hot in here!!). The veteran and never aging actor looked dapper in David Wej.

If there was any word such as ghetto gentleman, Deyemi’s look to the premiere would describe it.

You can never go wrong with Tolu Bally, she glammed up Symply Tacha real good. Finishing off her look with strappy heels and see through sunglasses, Tacha looked perfect for a night out on the town.

MORE FROM THE RED CARPET

How To Do a Gua Sha Facial, According to Beauty Experts

0
Gua Sha - pronounced gwahshah means "jade scraping" in English. This facial technique dates back to 220CE and thanks to TikTok and...
Read more

0
If your looking to wed this fall, Josh Amor has what you need!! Over the weekend, fashion Nigerian menswear brand Josh Amor...
Read more
Ankara

Top Hair and Makeup Beauty Looks From The 2021 MET Gala

0
With this years MET Gala Theme - In America: A Lexicon of Fashion, the red carpet was full of gorgeous, sparkly, and...
Read more
Skin

0
The face is the most sensitive part of the skin. Sensitive facial skin occurs when the skin’s natural barrier function is compromised,...
Read more

0
This article explores amazing vagina facts that you should have known a long time ago The vagina is...
Read more
Wellness

Top 14 Best foods for a Healthy and Happy Vagina

0
The food we consume affects the functioning of every part of your body – and your vagina aka your lady-parts is no...
Read more
Wellness

Menstrual Care and Hygiene| Why it is Important

0
Menstruation is a very important activity in a woman’s body. Menstruation or period is defined as a normal vaginal bleeding that occurs...
Read more

0
Nollywood couple Linda Ejiofor and husband, Ibrahim Suleiman tied the knot back in 2018 in a well attended celebrity wedding ceremony. So how...
Read more
Music