While Gucci, Chanel, and Louis Vuitton showed their Cruise 2023 collections in sun-drenched beach locations, Balenciaga did things a little differently this season as always by presenting its show on the hectic trading floor of the New York Stock Exchange.

On Sunday morning, the New York Stock Exchange had floor traders replaced with Pharrell Williams, Ye, Chloe Sevigny, Megan Thee Stallion, Frank Ocean, and the city’s Mayor Eric Adams. With fears of a looming recession abounding, Wall Street has taken a battering in recent weeks. However, the creative director of Balenciaga is unconcerned. Demna has never steered away from the menacing or the dark, and this show was no exception. His models donned latex bodysuits that entirely obscured their features; they were a different kind of corporate raider.

The presentation was separated into three sections to keep desire alive for its wide audience, which is the goal of these mid-season collections. It began with the launch of a new “Garde-Robe,” or wardrobe, comprising “upscale classic clothing,” as Demna put it.

According to Demna, the collection was motivated by the house’s couture relaunch last year, which was built on a tailoring foundation.  “I realized we were missing this segment of the classic wardrobe,” He adds.

Classic means suits and overcoats made in Demna’s signature enormous, drop-shoulder style, which has proved highly influential at all levels of fashion since his couture debut. Complements were voluptuous silk jacquard pussybow blouses a la Melanie Griffith in Working Girl.

The second section – Eveningwear included second-skin sequined gowns and silk trench skirts with trains whose absolute beauty was not compromised by the pneumatic cushioned pumps with which they were worn. The super-sized lace-up boots, on the other hand, were matched with several of the show’s other looks and modeled by Ye in the front row.

The highlight of the show (and third section) had to be a first peek at the much-anticipated Balenciaga x adidas collaboration. Think classic sportswear with a Demna twist -there were tracksuits, oversized t-shirts, boxer’s robes, and track dresses, all with adidas’ distinctive stripes, a modified trefoil emblem, or the Balenciaga name spelt in the lowercase typeface of its partner. After the presentation, much of it was available to buy or pre-order on Balenciaga.com. 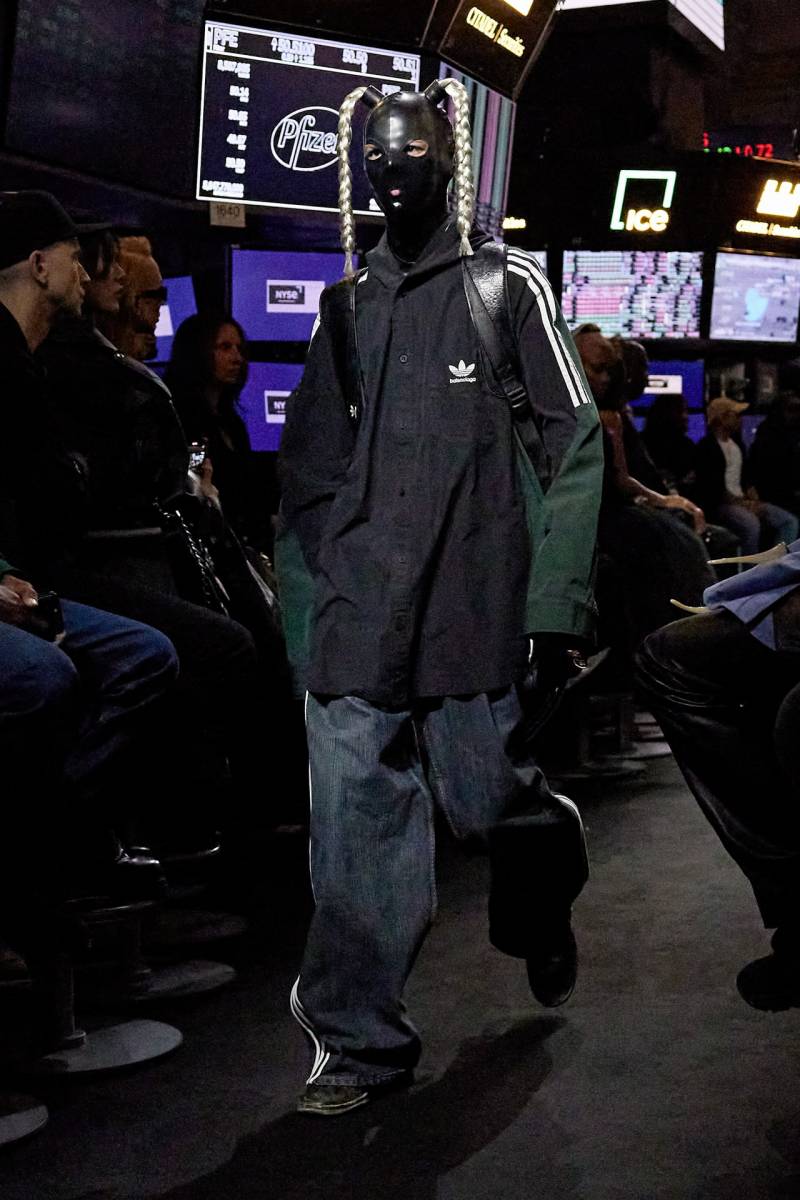 The 2022 Collection From Hanifa Is What True Inclusion Looks Like