Inspired by womenswear of Ghana’s post-independence era – Ajabeng recreates vintage fashion style preeminent during the 60’s. A sequel to FEIZ ONE (AW20) the collection maintains its use of silhouettes in FEIZ ONE while infusing feminine design elements.

According to the brand: “The collection is a nod to the elegant simplicity of the women of the time who expertly skirted both the conservatism of traditional Ghanaian womenswear and the risqué liberalism demanded by the burgeoning highlife scene of the 1960s.…” 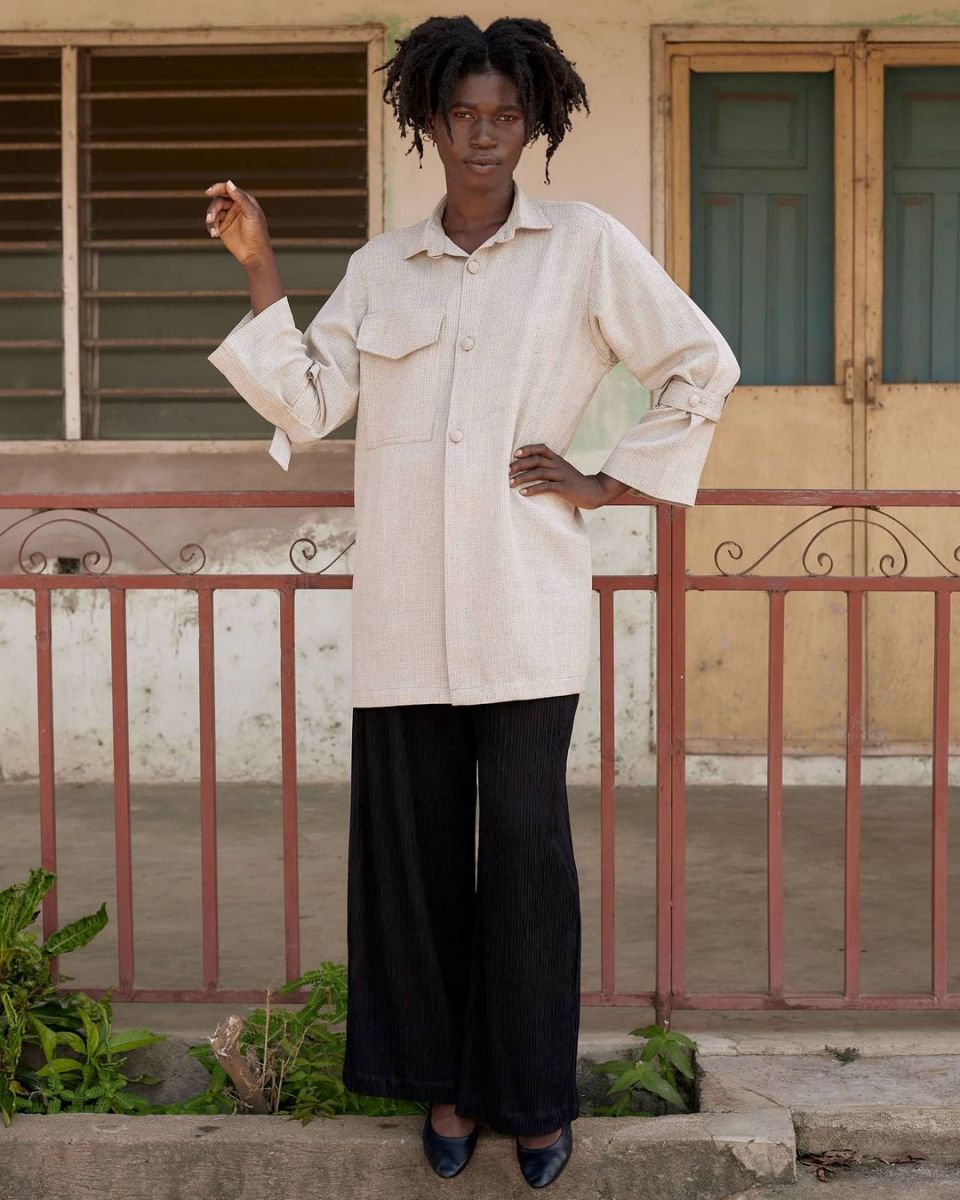 The 60s fashion in Ghana can be described as being more colourful , forward or laid-back, tailored or relaxed, designer or tie-dyed it was an array of styles. AJABENG take on this era of fashion style maintains design staples such as covered buttons and oversized pockets unique to the brand.

The collection in its entirety is expertly crafted in way that delicately balance elegance, minimalist designs, femininity and culturally relevance in which Ajabeng sought to achieve.

0
Nigerian actress, Chika Ike just brought back this cutest Ankara outfit. Just one of those Sunday mornings - this time with some...
Read more
Ankara

0
Dorathy Bachor might have spent a few months signing huge deals from becoming an ambassador of VSP botanics to foreo, but now...
Read more
Runway

0
When it comes to experimenting with hair color, length and even style Ciara is no stranger to this. We've seen her with...
Read more
Hair

0
Aromatherapy uses natural ingredients such as essential oils and other aromatic plant compounds to promote health. It is often referred to as...
Read more
Wellness

0
Female orgasm or the big O has unfortunately till date been surrounded by harmful myths and remains misunderstood. Many women do not...
Read more
Wellness

0
This article explores amazing vagina facts that you should have known a long time ago The vagina is...
Read more

0
Lilo Aderogba is one of Nigeria's daring women. Lilo has been one of the most photographed celebrities of the summer, regularly going out to...
Read more
Music